Total success with more than twice as many participants as in the previous edition, 275 motorcycles and more than 300 fans of the motorcycle outings that enjoyed last Saturday, June 30, 2018 of the more than 550 km of route that the organization had prepared. Kilometers of motorbike fun on the best roads in Girona, probably the best place for two wheels.

The formula for the Crom Ride to stand out is – without a doubt – in the choice of the roads that make up the route, a combination of routes based on the knowledge and experience of the organizing team.

On Friday, June 29, the Crom Ride opened the administrative checks at the Municipal Pavilion of Girona – Fontajau, where the participant’s kit would be delivered, which contained in addition to the bibs, a  Crom Ride Buff® and other details of the sponsors of the event. In addition, the Village had the participation of the official Metzeler team to be able to change and regulate the tires of all those cromriders who had requested it as well as the presence of Vectornote to be able to attend all those who ventured to do the Crom Ride with a roadbook.

On Saturday the 30th of June, around 6 in the morning, the sun was rising in Fontajau while the pilots and companions enjoyed a spectacular breakfast of Perafita cake and melted chocolate that was delicious! 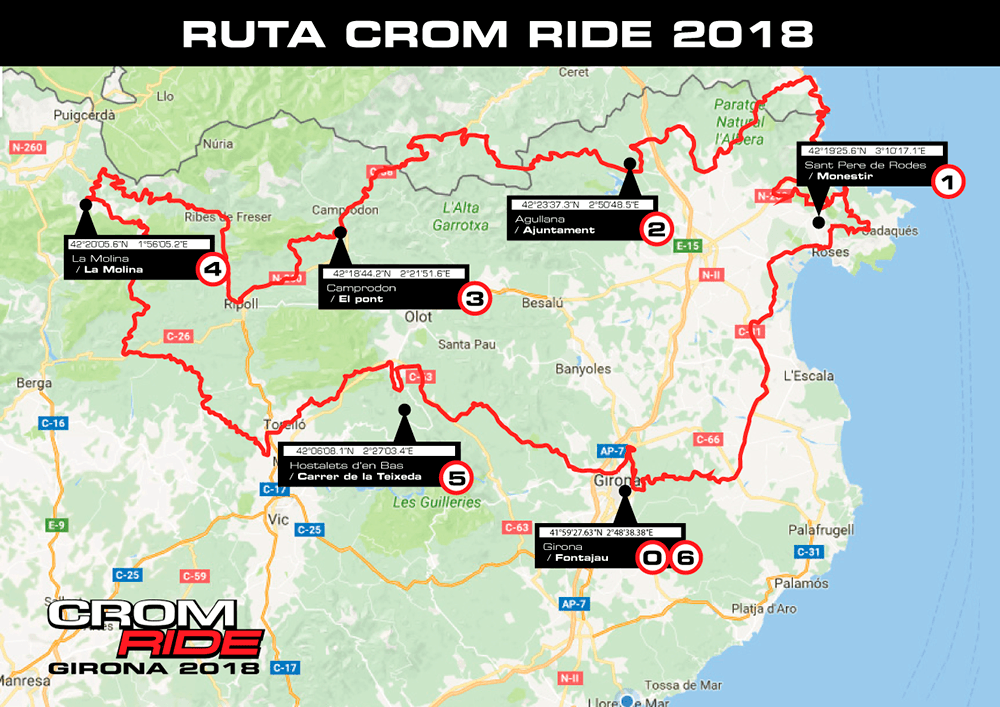 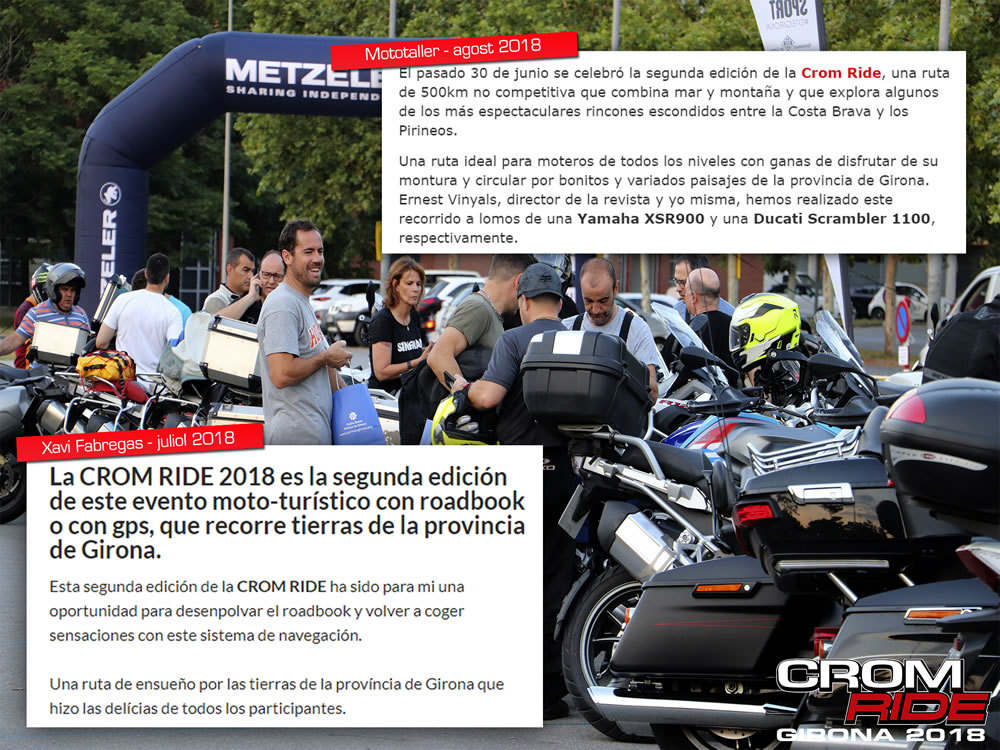