Friday, June 30: The perfect hail storm that struck the village during the day before in the Pavilion of Fontajau de Girona and the spectacular images transmitted to the news, did not frighten the 167 participants that would start the first edition of the Crom Ride Girona.

Saturday 1 July: The paddock set up by the Girona Tourism Board once again looked unbeatable. Motorcycle exhibition and test tents from partner brands; Honda – Gironauto, BMW – Martin and Conesa, KTM, Macbor and Kawasaki – Basolí, Yamaha – Tràfach and Suzuki – ImportCross, in addition to Metzeler – Perelló Tires, welcomed in the early hours of the morning the more than 200 drivers and companions who finally they defied complicated weather forecasts which – fortunately – ended up allowing a Saturday of a motorcycling route of exceptional beauty. The unexpected universal flood was left in a few sporadic drops.

Following the most emblematic sections of the Girona roads – Els Àngels, La Ganga, Tossa, Cladells or Coubet and of course La Creueta and Collada de Toses – the route took halfway to the Ceret enclave of Llívia. The participants who stamped their routes in Tossa de Mar, Sant Hilari Sacalm, Ripoll, Llívia, Banyoles and Peralada took home a triple prize after a day of exceptional quality cycling.

On the one hand, the possibility of traveling by motorbike to important locations in the area: from Pla de l’Estany to La Molina and the Empordà, following a sensational route. On the other hand, a top quality motorcycle track, chosen by an organization that, despite the rain, worked like clockwork.

Lastly, the prize for the 132 brave people who did not give in to the weather forecast and managed to finish: in addition to the Crom Ride Girona technical t-shirt, once the 625 km had been completed at a good pace, they picked up a useful pocket multi-tool and entered the draw for a set of Metzeler tires and a TomTom Rider 450. 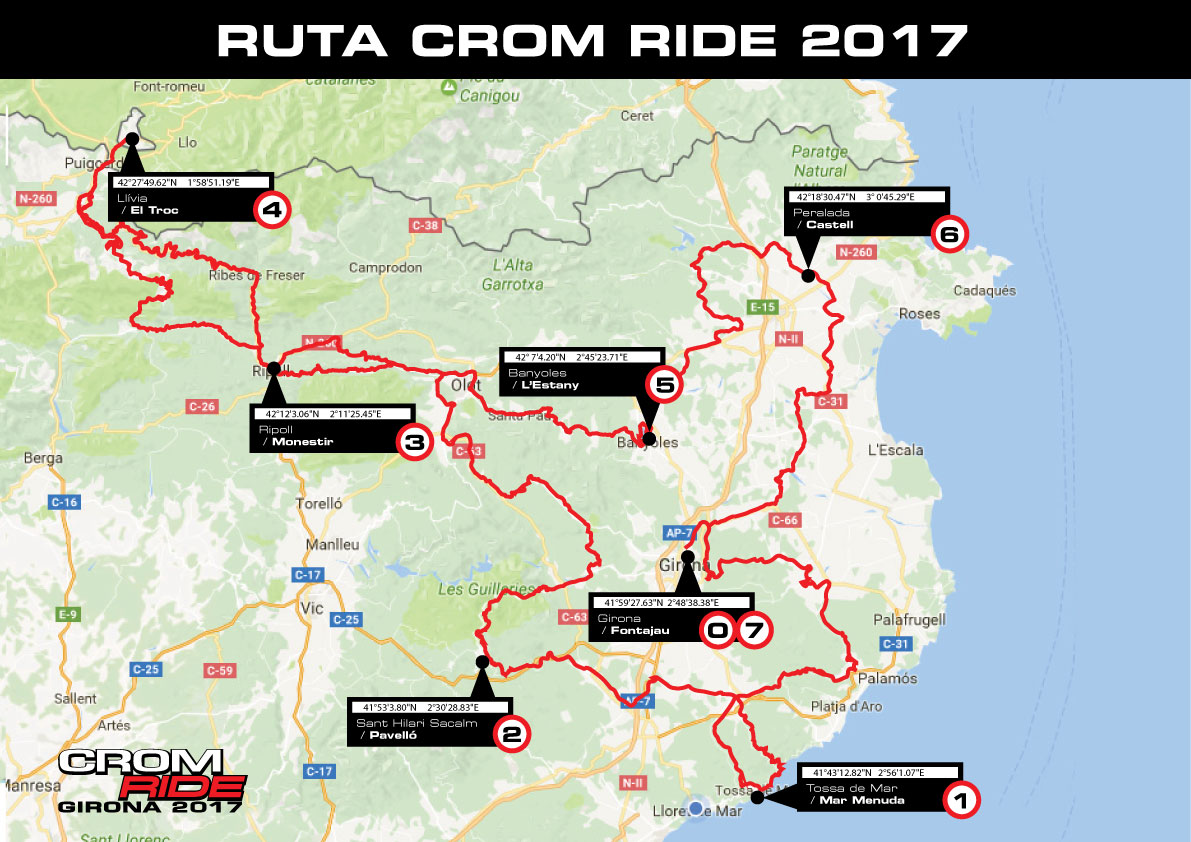 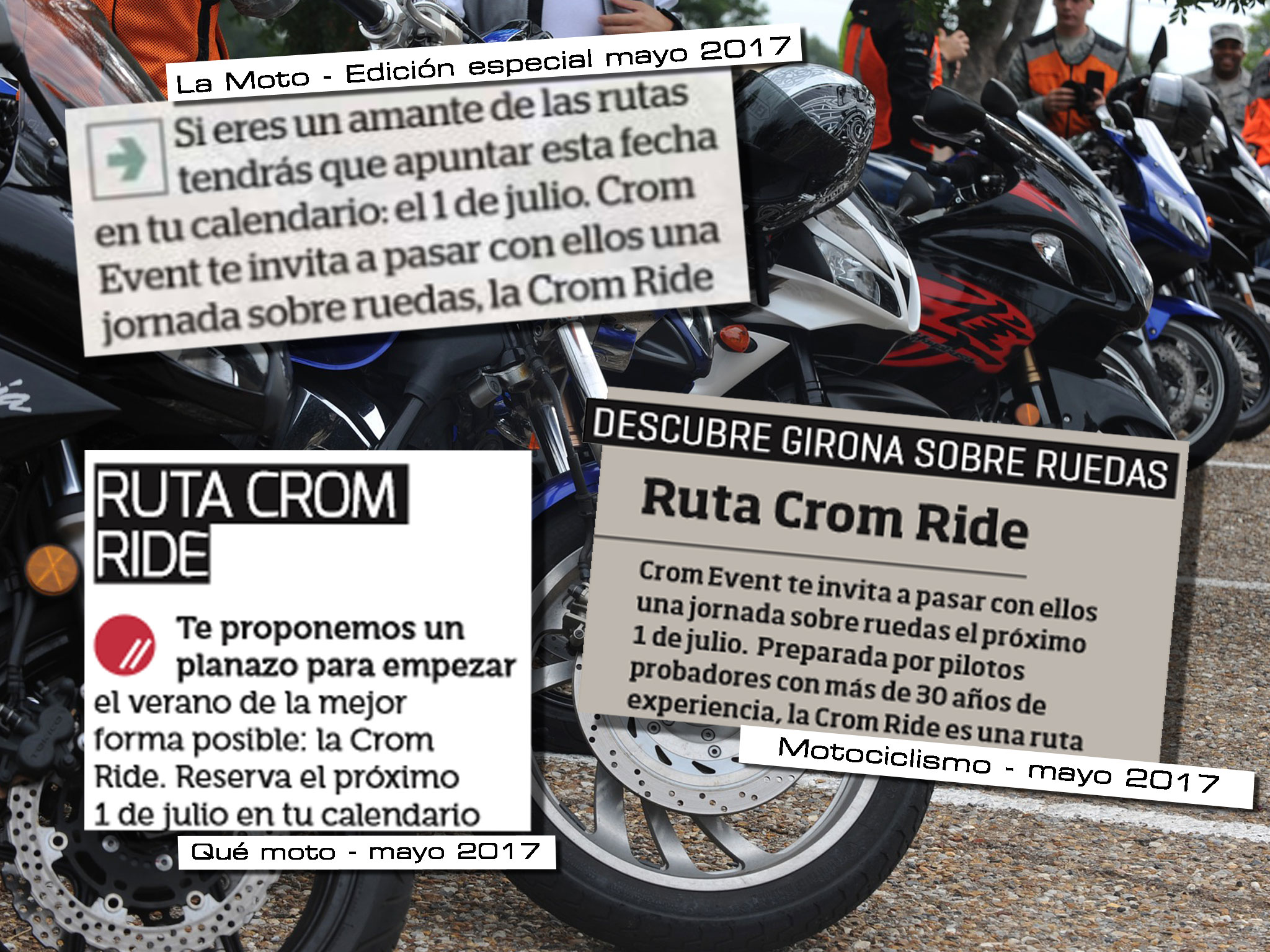